I could give you dozens of details explaining why last night’s musical episode of Grey’s Anatomy was brilliant and powerful, but I want to talk about one small part of the story. I’ll give you a little of the plot, in case you don’t watch the show.

Arizona (Jessica Capshaw) and Callie (Sara Ramirez) are off for a weekend together. Arizona asks Callie to marry her, (eyes off the road a bit too long while doing it). They slam into the back of a truck. Callie goes through the windshield and both Callie and the baby she carries are at serious risk. Callie’s spirit begins watching over everything, somehow tethered to her human form by music.

We viewers experience the rest of the episode from this musical sphere, this alternate place where we see the normal happenings of doctors in action as a kind of background grid – as if the docs are tethered to Callie by music, too.

Arizona and Mark (Eric Dane) argue about the best course of action in case they have to choose between saving Callie or saving the baby. Arizona wants to save the baby and says that’s what Callie would want. She tells Mark that she and Callie are together and he’s only the sperm donor. Mark wants to save Callie and tells Arizona that she’s nothing at all. Mark goes off alone to the stairwell and cries because Callie is his best friend. There’s a subtle distancing from the baby in this scene. Up to now Mark has been insisting that because he’s the father he’s going to play a parental role.

Surgeries take place and both Arizona and the tiny (under two pounds) baby are saved. Afterward, Arizona sits at the bedside of a still unconscious Callie. She says, “I don’t feel like nothing. I feel like our baby’s mother.” She tells Callie how beautiful the baby is and how, even though she can’t open her eyes yet, she’s looking for Callie, her mother.

Mark apologizes to Arizona, tells her she’s not nothing, that he realizes she is the child’s mother.

However, it’s the line I feel like our baby’s mother that I want to talk about as important. Once the heart moves into that place of parenting, a family is born. For same sex couples like Callie and Arizona, or for adoptive parents from any configuration of family you can imagine, this is the bond, the spiritual tether. The parental bond, once formed, is what creates a family that will cherish and nurture a child.

Please leave a comment with your first 50 words on the topic “making a family.”

Writer and teacher who writes blogs about web education, writing practice, and pop culture. View all posts by Virginia DeBolt

4 thoughts on “Making a Family”

An open space for your story Cancel reply

Find a Home in Central Texas 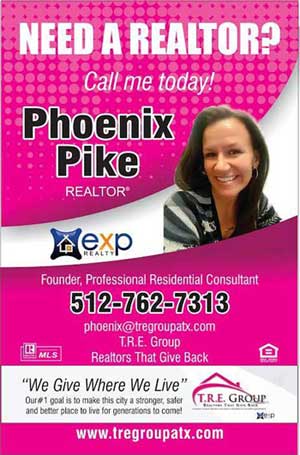